This unit was a more recent acquisition, however, I had one of these back in high school, I think I got it around ~1995, it replaced a Grid 1520 286 laptop that I had previously had. The one of these I had previously was higher spec with a 486 DX4-100 and 8MB RAM and 340MB HD, I used that laptop until late 1997 when the proprietary hard drive failed and I got my Lifebook 280.  The hard drive used a standard 44pin 2.5″ IDE connector, but was physically shorter than standard 2.5″ drives, it was cheaper for me to buy a whole new laptop, than purchase a replacement “short” drive. 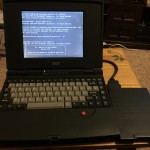 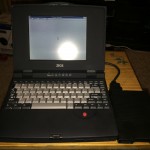 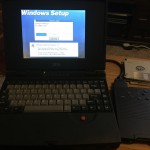 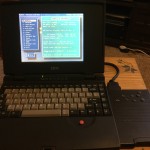 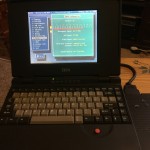 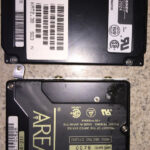 I also had an external PCMCIA CD-ROM/Sound-card dock from Altec Lansing, the AMC2000 back when I had my original 400c, I would LOVE to get one of those for the collection too.