My Asterisk PBX Server is built out of an old converted HP Thin-Client, it is configured as follows: 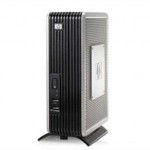 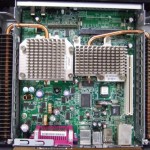 I have run this Asterisk box for well over a decade now, it’s been super reliable, though it’s probably time to start thinking about replacing it with something a bit more modern.  It started out with a PCI TDM400 FXO/FXS card, but I replaced that with a T1 card when I got the Avaya Definity PBX, other than that, its configuration has been pretty much unchanged since I put it together back in like 2008.